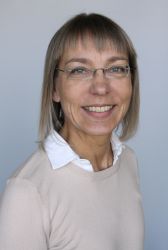 My basic research interests are taxonomy and molecular systematics of the Ascomycetes, lichens in particular. My major regions of interest include South America, North Europe, and Australasia. My current target organims are,
among others, the lichen family Cladoniaceae and epibryophytic microfungi.

During decades the center for Cladoniaceae research has been located at the University of Helsinki. The world famous lichen collections in Helsinki (H-NYL and H-ACH) are supplemented by those at the University of Turku (TUR-V). These facilities, in particular, have allowed us to compile significant data for our work. For a phylogeny of the Cladoniaceae we have analysed over 300 taxa and 600 terminals using the following gene loci: ITS, IGS, ef1, Rpb1, and Rpb2. We expect to resolve the relationships of the genera, the subgeneric groupings of the genus Cladonia, and reveal nonmonophyletic species that appear to be very common. The status of these species will be analysed in more detail. In the world monograph of the family we now have over 500 species and special emphasis has been placed on detailed distribution data and complete lists of synonyms at species level (and in many cases below that). A photograph of each species will be included.
Funding: Academy of Finland, PARSYST, SYNTHESYS, private foundations.

Coevolution of the Cladoniaceae and associated fungi

Cladoniaceae has proved to be an exceptionally favored host for numerous, poorly known lichenicolous fungi. Altogether 83 species of these fungi have been reported to grow on the Cladoniaceae and most are specified to live on a single host taxon only. We will combine the phylogeny of the Cladoniaceae with their complete chemical and distributional data, and screen the associated fungi. This data will be used  in studying coevolution of the partners, specificity, evolution of different life strategies as well as evolutionary timing and biogeographical origin of the diversifications and associations.
Funding: Marie Curie Intra-European Fellowship