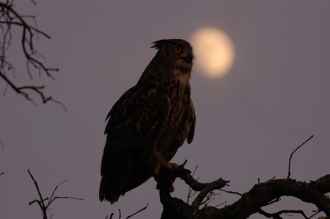 Natal dispersal (i.e., the movement of wandering individuals from their birthplaces to their first breeding locations) can be considered one of the most intriguing ecological processes determining the spatial spreading of individuals. Dispersal is a field that embraces a multitude of disciplines, from population ecology and genetics to conservation biology. The understanding about the dispersal process is important for empirical, theoretical, and applied ecology. The study of dispersal has very important conservation implications, since dispersers are the future breeders of animal populations and the impact of landscapes used during dispersal are poorly studied.

The main aim of the study is to disentangle the different drivers and factors affecting the process of natal dispersal by studying the movements of eagle owl juveniles under the different ecological constraints that act on the individual displacements across boreal forests, Mediterranean landscapes and alpine habitats.

In Finland, the team has tagged altogether 39 juveniles with satellite units (Microwave, USA) which were expected to last 1.5 – 3 years. Over this period, every ten days and during the whole night, the hourly locations of each tagged owl were received. Here, the paths followed by seven dispersing individuals are shown. In addition, altogether five eagle owls (one adult male and four nestlings) were tagged near urban areas in southwestern Finland in 2013-2016. These GPS-GSM loggers were manufactured by Ecotone, Poland. It is possible to change the duty cycle of these loggers whenever needed, but at minimum they will give one location per day.

The team has received continuous and indispensable help of several ornithologists and ringers; in particular, we would like to warmly thank (in alphabetical order) Mikko Honkiniemi, Kai Leppimäki, Heikki Lokki, Seppo Pekkala, Kirsi Ukkola, Eino Salo and Jere Toivola.

Birds being tracked at the moment 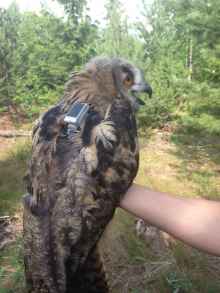 Kiiu, a female, was born near the city of Turku in 2016. Kiiu left her natal territory on 17 October when she was around 5 months old. She first traveled northeast to the municipality of Yläne but flew soon 40 km southwards to Lieto area for the next winter. Since then Kiiu has mainly traveled between these two locations. Last winter (2017–18) she spent in Yläne and arrived there again in September 2018.

Here we introduce ten individuals that are no more under surveillance.

Julia was a young female owl from Jokioinen, from the same territory as Olga and Aila in 2011 and 2012, respectively (see below). Julia’s transmitter was fitted on 2 July 2016, but she did not leave her home territory until 7 October when her age was approximately 5 months. During late autumn and early winter she was wandering around the city of Forssa. In the beginning of January 2017, she moved southwest towards the municipality of Koski. Unfortunately, she collided there with a car and died.

Henkka was an adult male who was equipped with a satellite transmitter on his territory near the city of Turku on 8 July 2016. Henkka did not breed in 2016 because his mate died in spring. Since summer, Henkka has been moving over a relatively large area, but it is possible that Henkka has a specific winter territory where the hunting prospects are better (cf. with Taatu below). Or maybe he is there after a new mate? In February 2017, the tracking data indicated that something was wrong with Henkka. His body was soon discovered, and the autopsy revealed that the cause of death was infection in kidney.

Elviira was born in Pöytyä, southwestern Finland in 2011. She left her natal territory in late September. She first flew towards Turku, but finally ended up in Pori, where she has stayed since late October 2011. Elviira’s territory is situated some 130 kms from her place of birth. The last locations of Elviira were obtained in summer 2014. Unfortunately, the transmitter stopped to work then.

Olga was born in Jokioinen, near the city of Forssa in 2011. She started natal dispersal in late October towards southeast. From November to February Olga was wandering near the city of Sipoo, but during spring she flew a little north, and has been in a region between the cities of Järvenpää and Mäntsälä since spring 2012. Olga has already nested three times, in 2013, 2015 and 2016. The distance between her birth place and current breeding territory is approximately 100 km. To protect the breeding site, exact locations after spring 2012 are not shown on the map.

Menninkäinen was born in Urjala, some 45 km SSW from the city of Tampere in 2011. He left his natal territory very late, only during the last half of November. Like Olga, also Menninkäinen traveled southeast and spend her February and March in Helsinki and Espoo regions. Then, in late March, he started to move northwards and settled down in Orivesi, 40 km NE from the city of Tampere. During his first year Menninkäinen traveled for more than 370 km. Menninkäinen was breeding for the first time in 2016 but unfortunately the attempt failed. The distance between the breeding site and the natal territory is 80 km.

Taatu is a male who was born in Rusko, southwest Finland in 2011. Taatu left his natal territory after mid-October and started his journey towards south. He spent the whole winter in an archipelago area near Hitis by the open sea. During the last evening of April, Taatu started his “spring migration” towards north and finally arrived in Turku region where he has stayed from 2012 onwards. He has had an interesting habit to move to Turku refuse dump for the winter period from his inland territory. Taatu had his first breeding attempt in 2016 only 20 km away from the place in which he was born. Sadly, it was also his last. In one night in the end of April Taatu collided with power lines while he was hunting and died. 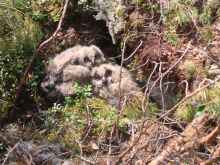 Martti is a male who was born in Nokia, west of Tampere, in 2012. He spent his first winter pretty far away in southwestern archipelago. During the following summer Martti was wandering near the city of Huittinen, but in the autumn he continued northeast. In 2014 Martti was near the city of Virrat and in the following year he moved a bit north to the neighboring municipality of Alavus. Martti nested for the first time in 2016 and produced two nestlings. During his first year, Martti traveled at least 370 km. His nest site was 90 km from his birth place.

Tapani is a male who was born in Forssa in 2012. He left his home territory in early October and headed southeast. Tapani spent his first winter in the south coast of Finland, between Porkkala and Helsinki. In 2013, Tapani was mainly in Urjala, some 30 km north from his natal site. In early 2014 he made a sudden and short-time trip to Kokemäki but returned again to Urjala. He bred successfully in 2015, and tried to breed also in 2016, but this attempt failed.

Aila is a female who was born in Jokioinen in 2012, on the same territory where Julia and Olga grew up. Aila left her natal territory in mid–October and headed northwest, finally ending in an area between cities of Rauma and Uusikaupunki. She has been in that region all her life but in spring 2014 she made two excursions to the east. The longest of these trips was nearly 100 km away from her core area. Although Aila was already 4 years in 2016 she has not bred yet.

Osku is a male and he was born in Rusko in southwestern Finland in 2013 – on the same territory as Taatu two years earlier. Osku left his natal territory already in late September and spent the autumn and winter mainly in the city of Turku. Unfortunately the battery of Osku’s transmitter died in January 2014 and no location data was received after that. Later in the summer Osku was found jumping beside a road just outside Turku. He had collided with a car. His internal injuries were so bad that he died a couple of days later. 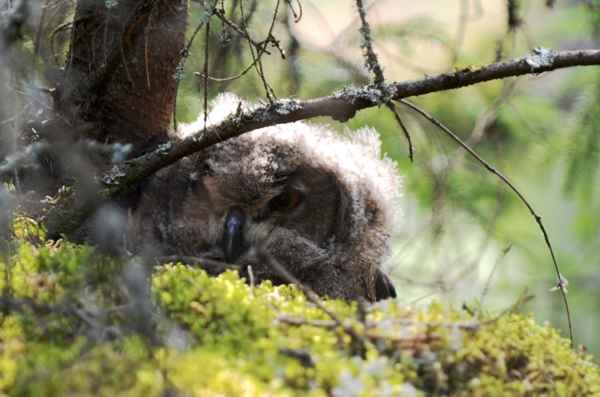