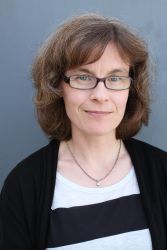 My research interests are phylogeny and taxonomy of lichens. I am currently working on the genus Bryoria. I am also the leader of the two research projects "Interactions between lichens and lichenicolous fungi" and "Deficiently known crustose lichens on decaying wood".

Phylogeny and taxonomy of Bryoria

The lichenized euascomycete genus Bryoria is regarded as one of the taxonomically most difficult genera of macrolichens. Most of the species are highly variable in morphology and chemistry, and intermediate forms are frequently found. Environmental factors and hybridization are considered to be the main reasons accounting for the variability. The main goal of our research is to reconstruct a phylogenetic hypothesis of the genus Bryoria using morphological, chemical and molecular characters. In order to reliably recognize phylogenetic species boundaries, we use information from multiple gene regions.

We will also examine interactions between Bryoria and lichenicolous fungi. We expect correlation between the secondary chemistry of the lichen host and the phylogeny of the parasite. We also assume higher genetic diversity of both lichenicolous fungi and their hosts in habitats with long continuity such as old-growth forests. We will also determine whether secondary chemistry is correlated with photobiont identity.
Funding: Academy of Finland (2010–2013), Ministry of the Environment (2005-2007). 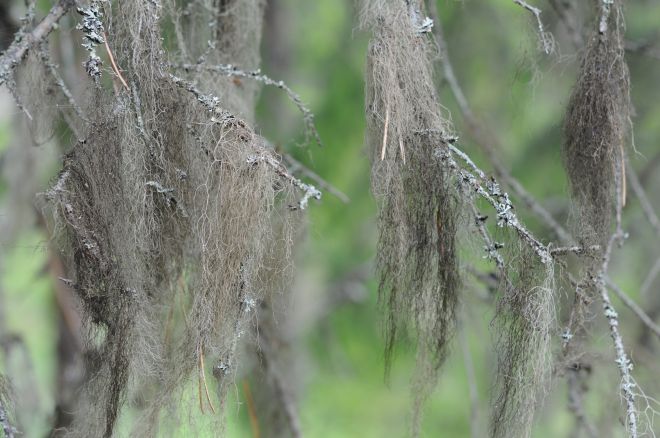 Diminishing amount of dead wood is one of the most common reasons for forest species endangerment in Finland. However, the ecology of species living on decaying wood is still rather poorly known. Research among lichens has traditionally concentrated on macrolichens because they are easy to identify. Majority of lichens living solely on decaying wood is, however, crustose lichens. Their taxonomy, distribution and ecology are all deficiently known. The aim of this project is to identify crustose lichen species living on decaying wood, and study their ecology. The project focuses on finding out how habitat, that is, tree species, decaying stage and the location of the tree affect the species occurrence.
Funding: Ministry of the Environment (2012-2014). PUTTE