The outdoor garden, covering approximately four hectares, attracts the visitor to experience the world of plants. In summertime, perhaps the most attractive part of the grounds is the central garden, an open area with ponds and flowers, bordered by the glasshouses and rose bushes. A historic stone building envisioned as the king’s castle now houses a herbarium in the middle of the garden.

Ten glasshouses open to the public offer a glimpse into the plant life of torrid deserts, humid rainforests and tropical wetlands. Come and see the world’s biggest seed, or find out what it means when someone says, ‘It’s a jungle out there!’

The glasshouses of the Kaisaniemi Botanic Garden bring a tropical breeze into the routines of the week. The lush Rainforest House presents the coffee bush and the strangler fig, and in the Palm House, the visitor can see not only the world’s biggest seed, but also an impressive collection of orchids. 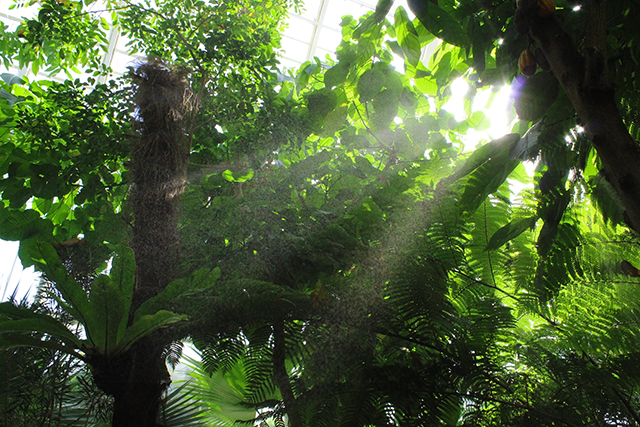 The collection of about 1300 plant species mainly originates from the same longitude as Finland. As such, one can imagine travelling straight due south from Finland and admiring the plant worlds of different latitudes. The glasshouses present a cross-section of environments, from the scented forests of the Mediterranean to the dry savannahs and deserts of Africa and further to the lush rainforests of South Africa. In addition, a brief glimpse is given of Australia's species.

The glasshouses' biggest attraction is the Victoria cruziana (Santa Cruz water lily), which has survived the bombings of World War II and now dominates the luminous and tropical Waterlily Room. The lily pad can grow to have a diameter of over two meters, and it can carry the weight of an adult human. The giant water lily is an annual plant that has occasionally been able to survive the dark Finnish winter in the glasshouse. Often, though, the water lily withers as Christmas approaches, and the new seedling is planted around March in the bottom soil of the pond. (So no reason to worry if you can’t see the water lily, it hasn’t gone anywhere!) 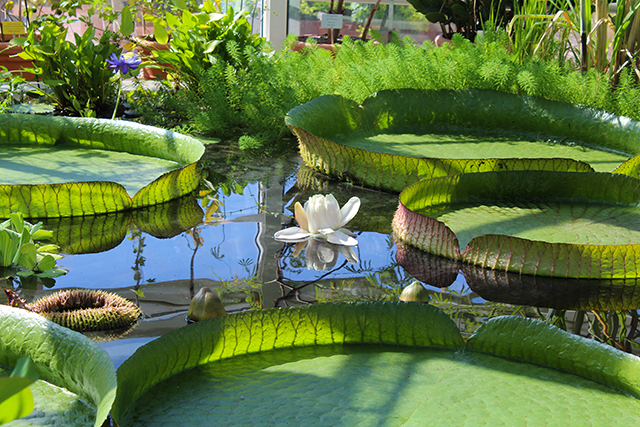 In addition to memorable experiences, the glasshouses offer information about the secrets of plants. The evolution path leads you through the evolutionary history of the plant kingdom and introduces you to living fossils: species that have remained unchanged over millions of years to the modern day.

The plants of the garden were either taken from nature or from the cultivations of other botanic gardens and garden centres. The origin of some of the older plants is unknown.  All of the information on every plant species in the collection is stored in the garden’s plant database.

The Kaisaniemi outdoor garden is different each day of the year. In the garden, the visitor walks through history, as its network of paths has been the same since the 19th century.

The French formal garden in front of the glasshouses was established already in the 1830s. Its systematic sections reveal the secrets of the classification system of flowering plants. Get to know the carrot family (Apiaceae), the spikenard (Aralia), the aster family (Asteraceae) and the mint family (Lamiaceae) in the tranquil atmosphere of the garden, when summer is in full bloom. You can come and get tips for your own yard, or have a picnic with the whole family. 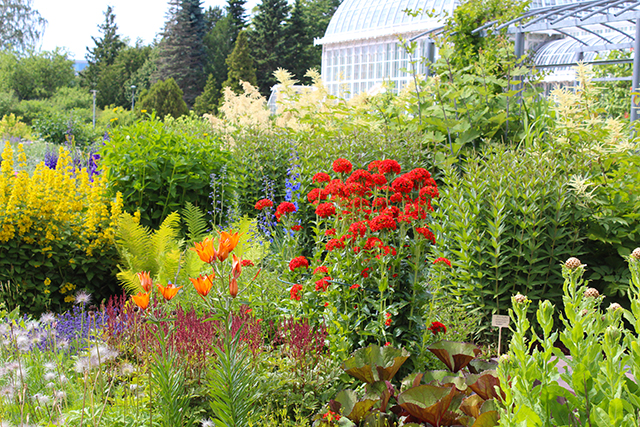 On the western side of the stony herbarium lies the rock garden comprising plants from torrid environments. This rockery, the first of its kind in Finland, was established in 1884. Next to it, beside the glasshouse walls, lies a sensory garden that stimulates the senses of vision, smell and touch, offering the chance to enjoy nature in diverse ways. Beside the glasshouse walls are rare species that only barely survive the conditions in Finland, such as the ginkgo. 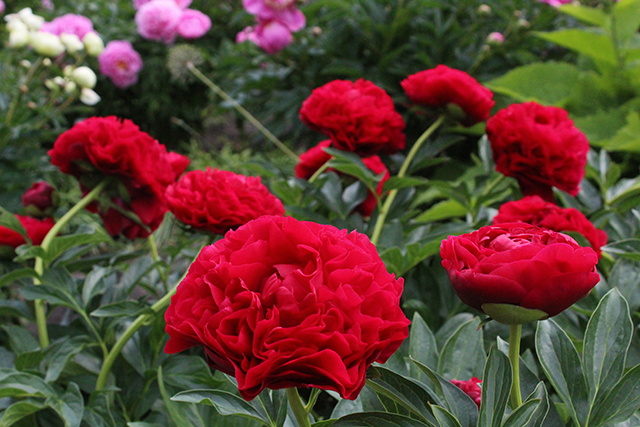 The herbarium's arboretum with its old pines and precious hardwoods surrounds the garden and offers cooling shade in the summer heat. An observant guest may also spot the animals hiding in its shadows: a blackbird has made its nest in the apple tree, and a yellow-necked mouse scurries back to its hole under an elm. Thus the diverse outdoor garden offers fitting living conditions in the middle of an urban environment for many a creature.

The University of Helsinki Botanical Garden at Kaisaniemi is one of Helsinki's most popular visitor attractions. The Garden is situated very close to the city centre, and its glasshouses and surrounding grounds offer nature lovers a unique experience all year round. The gallery between the large and small glasshouses is used to host temporary exhibitions, mostly on themes connected to the natural world.

Map of the outdoor garden

Plantation maps of the outdoor garden

Person in charge of the page:
Pertti Pehkonen
6.8.2018
Scroll