The method is applicable to any material containing carbon and required amount of sample is very small when using Accelerator Mass Spectrometric (AMS) determination technique. 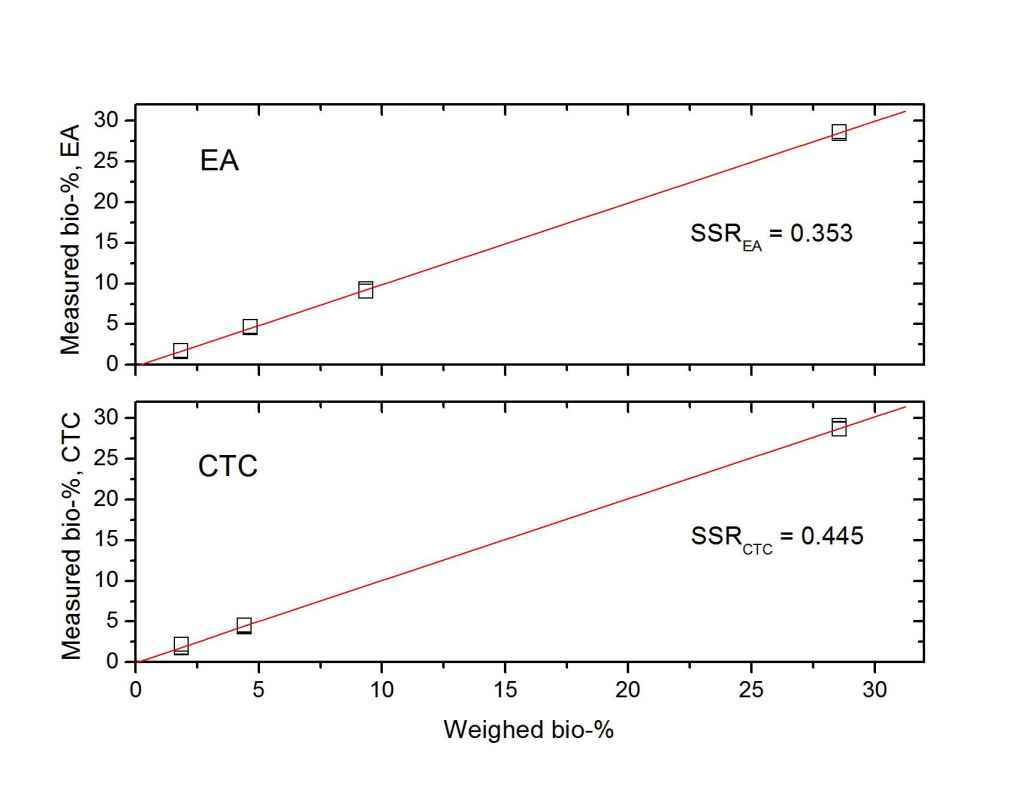 Laboratory of Chronology has developed new methods of determination in cooperation with VTT Technical Research Centre of Finland with the support of TEKES, the Finnish Funding Agency for Technology and Innovation. During the years 2005-2010 biofraction determinations of liquid fuel samples have been performed by so-called Closed-Tube-Combustion method (Oinonen et al 2010) described in official standards (ASTM 2012). In addition, Elemental Analyzer -based sample preparation method has been developed which is faster, more repeatable and more accurate. Cooperation in development of liquid fuel sample analytics is further developed with Finnish Customs Laboratory by international sample sets and EA-AMS method is taken into use also for other sample materials. Using a special sampling equipment developed by VTT it is possible to sample flue gases from power plants and determine the ratios of fossil fuels and biobased fuels using the same principle. Laboratory of Chronology is heading towards laboratory accreditation with the processes described.