Assisted Migration in Climate Change Adaptation: Opportunities and Constraints (CO-ADAPT) research project (1) explores whether conservation motivated moving of species to track climate change makes sense, (2) develops  knowledge base for selecting species and populations in case moving of them becomes an option, (3) analyzes juridical questions pertaining to assisted migration and provides recommendations for new regulations, and (4) delves into the ethical underpinnings of species translocations.

The effects of climate change on species’ distributions and diversity are becoming more evident day by day (e.g. Chen et al. 2011). In their study published in Nature Climate Change, Warren et al. (2013) conclude that without mitigation, 57±6% of plants and 34±7% of animals are likely lose ≥50% of their present climatic range by the 2080s.

Generally speaking, the discussion on extinction risk from climate change has received wider publicity after a study by Thomas et al. (2004). It has been followed by a number of analyses (e.g. Thuiller et al. 2005) and spirited scientific and public debates (see e.g. a recent book Saving a Million Species: Extinction Risk from Climate Change 2012).

Changing climate is nothing new: during Earth’s history climate has changed and conditions have varied. When changes have occurred, species have basically had two options: adapt to new conditions or migrate to areas of better suitability. If a species is not able to do either of these two, it will, most likely, go extinct.

Current climate change is happening at pace that is far faster than any of the previous ones, and this leaves species less time for adapting or migrating. Moreover, humans are compromising the dispersal of species by building barriers, such as roads and cities.

Estimated and already experienced impacts of climate change have inspired a discussion on human-mediated migration of species to move a species to new, climatically suitable areas.

These kinds of translocations beyond the species’ indigenous range give rise to biological, juridical and ethical questions. Which are the species to be translocated, where to, and when? How can we make sure that the species will not turn invasive? Is it legal to translocate the species? How much should we interfere in nature? Robust solutions to these questions, as has been pointed out, require a truly holistic understanding of the matter.

Assisted migration means "safeguarding biological diversity through the translocation of representatives of a species or population harmed by climate change to an area outside the indigenous range of that unit where it would be predicted to move as climate changes were it not for anthropogenic dispersal barriers or lack of time" (Hällfors et al. 2014).

As a nordic and latitudinally long country, Finland may play an important role in applying assisted migration. For this reason, the project aims to find out whether the current environmental protection law allows possibilities for applying assisted migration in Finland. The purpose is to scrutinize current legislation in order to find out and interpret its character and obstacles, and to recognize needs for change in a situation where one would like to assist a species in its migration. In addition to this, the research project will compare translocation-related legislation of various countries as differences in legislation may present an obstacle to assited migration if the translocation involves crossing nation boundaries. We also aim to recognize juridical problems by interviewing conservation managers.

Methods, targets and aims of conservation are inextricably linked with values. They present choices that should reflect commonly accepted premises. Should we prioritize conservation of species within their current habitats which may be turning into unfavourable ones owing to climate change? Or, should we  concentrate on avoiding extinctions? Or, should conservation efforts be targeted at protecting the integrity of ecosystems or perhaps solely securing ecosystem services?

Botanic gardens offer favorable conditions for assisted migration research: Gardens have vast experience in species cultivation outside their natural range. Observations of changes in species together with the observations of climate change can add valuable knowledge about possible effects that climate change might have on species. Botanic gardens also possess experience in ex-situ conservation. Moreover, knowledge in alien species and general tracking of changes in nature are of essence in the operations of botanic gardens. Finally, the infrastructure, resources and plant database they manage also all have vitally important roles. (Hällfors, Vaara & Lehvävirta 2012)

Together with our cooperation gardens and research stations, we are running an experiment to test the effect of climate on plants. The experiment currently extends from Tartu in Estonia through Helsinki, Rauma, Joensuu, Oulu, Oulanka and Kilpisjärvi in Finland to Svanhovd in Norway. To start with, we have set up experimental plots with three plant species: Primula nutans, Oxytropis campestris ssp. sordida and Astragalus alpinus ssp. arcticus.

The first trial was set up in the spring of 2013 with Primula nutans, in 6 botanic gardens, three test beds in each garden (Tartu, Helsinki, Rauma, Joensuu, Oulu, and Svanhovd). Seeds from wild populations of Primula nutans var. jokelae (from Ii and Haukipudas, Finland) and Primula nutans var. finmarchica (from Kirkenes-area, Norway) were collected for this trial.

In 2015 two more species, Oxytropis campestris ssp. sordida and Astragalus alpinus ssp. arcticus were added to the experiment, with two new test beds in each garden. Two more experimental sites that represent the home environments for the new species were added: Oulanka research station in Kuusamo and Kilpisjärvi biological station in Enontekiö, Finland.

With this experimental design we will compare the effect of different climatic conditions on these plants, roughly on a north-to-south axis, with variable climates. We aim to find out if climate is a decisive factor for plant survival, growth and reproduction. This will give us an implication whether climate change will have a direct effect on these species, and whether these species will be threatened by climate change.

Don't judge species on their origins

Moving on: Relocating species in response to climate change

Home, home outside the range?

Can "assisted migration" save species from global warming? 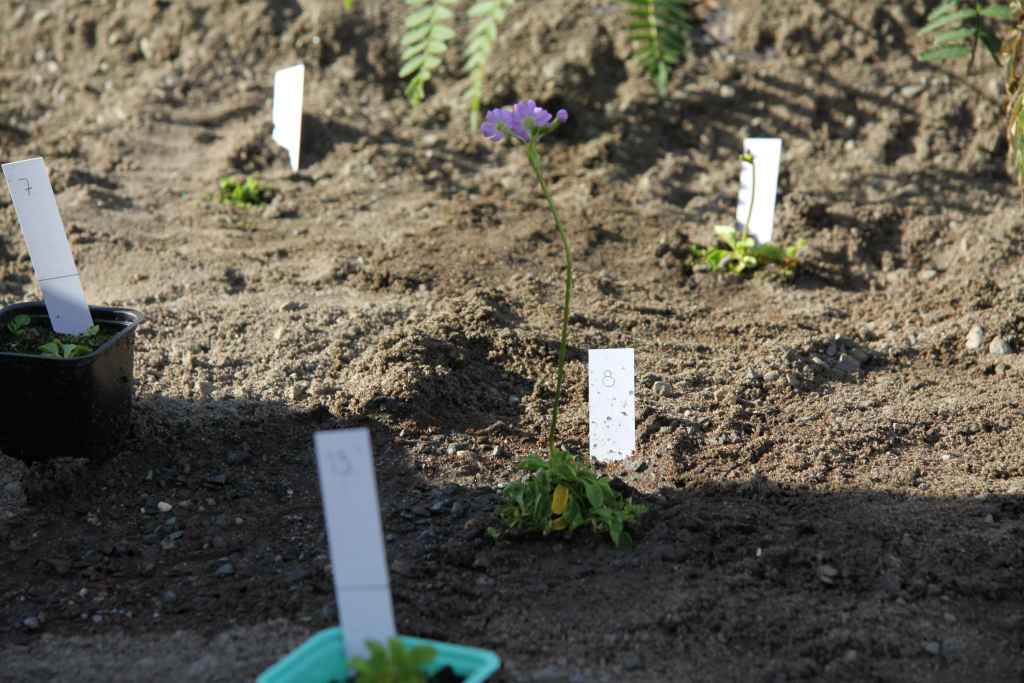