How can we slow down the decline of insects? The Entomology Team at the Finnish Museum of Natural History answers

News about the decline of insects has caused widespread concern. Experts explain what we can do to alleviate the situation.

Several studies have indicated that the world’s insect populations have plummeted in recent years. For example, a German study published in 2017 demonstrated that the biomass of flying insects, i.e., the combined weight of insects collected from traps,  had dropped in nature reserves by 76% over a period of 27 years.

The first review of previous publications on the topic was published this February to assess the situation worldwide.

The decline in insects is a cause for concern because insects are necessary not only for the environment, but also for humankind: they pollinate plants, recycle nutrients and keep pest populations in check.

The major reasons for the decline of insect populations include the loss of natural habitats, agricultural insecticides, non-native species and climate change. In Finland insect species, particularly those living in forests and traditional biotopes, are threatened by intensive forestry and farming, reveals a recently published evaluation of species threatened in Finland.

But this is not a black-and-white issue. In Finland a warmer climate and even-aged forests with a single tree species, which are thus susceptible to pests, have benefited forest pests, such as the European spruce bark beetle and the nun moth.

“The reasons for insect decline highlighted in research are often distant from people’s everyday lives or are difficult to address. But we can, in fact, all do a lot for insects,” says Senior Curator Pasi Sihvonen, who heads the Entomology Team at the Finnish Museum of Natural History Luomus, which is part of the University of Helsinki.

From lawns to meadows through benign neglect

Intensive farming has cut down on traditional rural biotopes, or habitats shaped by traditional cattle keeping, as well as on small landscape features.

Published by the Finnish Environment Institute in 2018, Suomen luontotyyppien punainen kirja (The Red List of Finnish Habitat Types) states that traditional biotopes are currently the most threatened habitats in Finland. Their situation has worsened since the first assessment in 2010: all open pastures and meadows are classified as endangered or critically endangered, and are thus at risk of disappearing entirely due to changes in agriculture.

The diverse insect species living in meadows, pastures, vegetation on ditch banks and willow thickets bordering fields are all threatened. The latest threat assessment of Finnish species indicates that the key factor contributing to the endangerment of insects is the overgrowth of open rural habitats.

However, people can protect and increase replacement habitats, for example, in their backyard or garden.

“You can convert lawns into meadows that are cut in early autumn, and you can leave room for wild plants in your garden through ‘benign neglect’. When planting, you can choose flowering plants that produce plenty of nectar, such as oregano, geraniums, thymes and leopard plants. Willows flowering in the spring are extremely important for pollinators, so should be saved.

“In addition, green roofs may reduce the plight of, for instance, species that thrive in dry meadows,” says Jani Järvi, a planning officer on the Luomus Entomology Team.

On a small scale, you can also increase insect habitats by building artificial nests, i.e., insect hotels, to surroundings of an apartment building. Artificial nests can serve as replacement breeding grounds for wasps and bees , which in nature nest in dead tree trunks, hollow plant stems and old timber buildings.

“No research on the impact of insect hotels has yet been published in Finland, but beneficiaries appear to include certain digger wasps, solitary bees, potter wasps as well as their parasites,” explains Juho Paukkunen, a senior museum technician on the Entomology Team, who defended his doctoral dissertation on Northern European cuckoo wasps that live as parasites of other wasps and bees.

“However, artificial nests do not serve all insect groups. Most importantly, the amount of dead tree matter in agricultural and forest habitats should be increased and maintained because dead trees serve as nesting places for many important pollinating bees and wasps, and for other increasingly rare insects,” Paukkunen notes.

The latest assessment of threatened species shows that a decrease in decaying wood is the second most important cause for the endangerment of insects in Finland.

A new study on insect decline highlighted the insecticides used particularly in farming as the main cause for plummeting insect populations. Insecticides introduced in recent decades, especially neonicotinoids, have been shown to hinder the growth and reproduction of, for instance, wild bees that serve as pollinators. Neonicotinoids have also been found to have caused the crop decline of insect-pollinated plants, such as rapeseed, in south-western Finland.

Consumers can help reduce the damage farming causes to insects by favouring organic produce. The use of chemical pesticides is permitted in organic production only in exceptional cases. Instead of using toxic substances, organic farmers protect their crops against weeds and pest insects with techniques such as crop rotation and tillage.

According to studies, organic farms have a higher number of insects and insect-pollinated wild plants. In addition, animals on organic farms graze more than their counterparts on conventional farms, which also has a positive effect on biodiversity. Grazing animals benefit other species, including dung beetles, many of which are at risk of dying out in Finland.

Researchers regard that the insecticides used in farming should be better targeted, but you can also substitute insecticides with natural methods in your own garden.

“The larvae of species including ladybirds, hoverflies and common green lacewings use aphids as food. These beneficial insects are gardeners’ friends, so it is important to know which insects to get rid of in your garden. It’s easier to control pest populations when you have a wide range of insect species living in your garden,” says Jaakko Mattila, a collections coordinator on the Luomus Entomology Team. 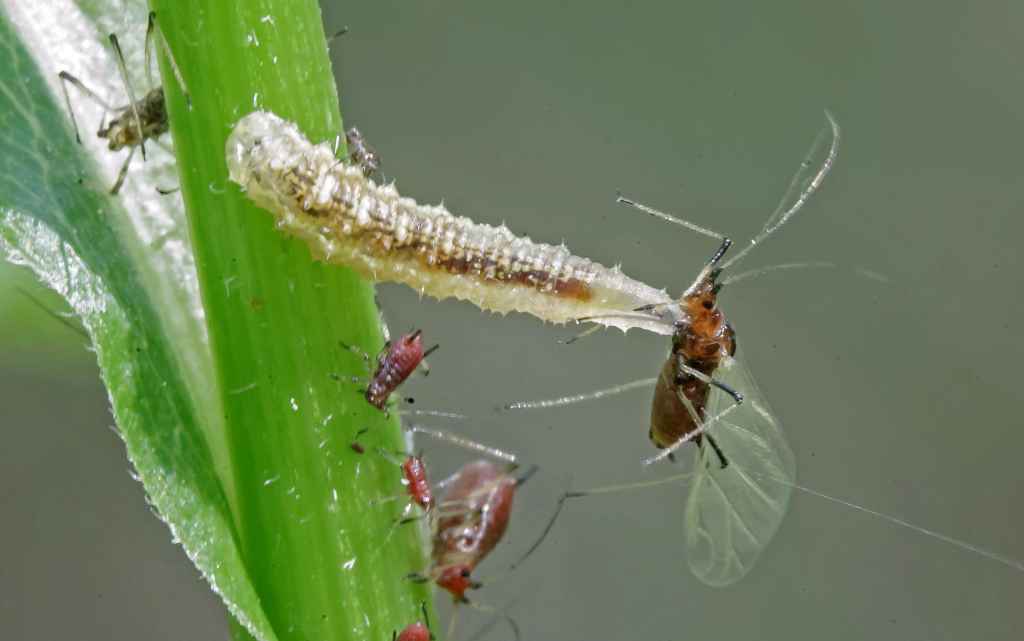 The protection of insect populations requires research-based knowledge. The Finnish Museum of Natural History Luomus is responsible for the preservation, accumulation and display of Finnish natural science collections as well as for related research and teaching in Finland. The Luomus collections include a massive 9 million insects. These extensive collections are currently being digitised for the use of researchers, public officials and the general public, and information on the digitised collection samples and specimens is being stored in the Finnish Biodiversity Information Facility, maintained by Luomus.

One of the articles in Juho Paukkunen’s recent doctoral dissertation involved the analysis of collection specimens and revealed that populations of many cuckoo wasp species have declined in Finland since the 1960s, whereas none of the species has increased to a significant extent.

“Collections are the only way to conduct research on population development if no monitoring data are available. The method is particularly suitable for groups whose species identification is difficult in the field and which are thus collected quite indiscriminately. Such species include for example certain wasps and bees,” says Paukkunen.

By supporting the Finnish Museum of Natural History Luomus and the rest of the University of Helsinki, you too can promote research. The information produced by researchers enables fact-based decision-making in both Finland and the EU. Members of the public can also store information on their insect observations in the observation system of the Finnish Biodiversity Information Facility and thereby add to existing information on the development of insect populations in Finland.

“The decline of insects and biodiversity in general is extremely serious, so the topic must also be investigated in Finland,” states Senior Curator Pasi Sihvonen. 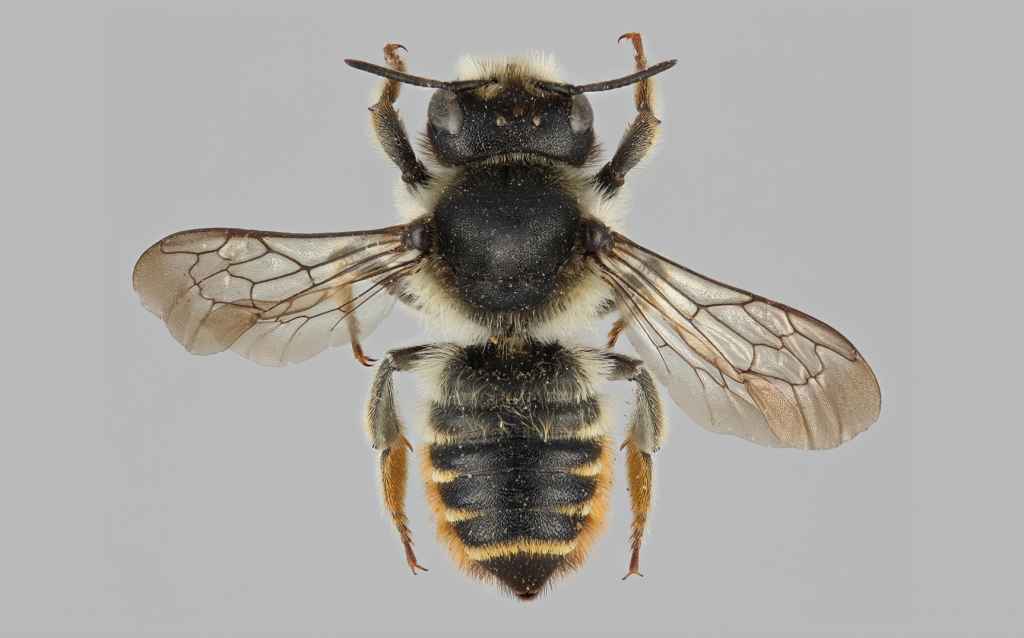 Three tips for improving the status of insects and other biodiversity

Nurture nature in your backyard or garden: avoid chemical pesticides, leave space for wild plants and decaying wood, and tackle the problem of pest control by learning about biological interactions.

Make choices that have a positive impact on biodiversity in food production and decision-making – choose organic produce when possible.